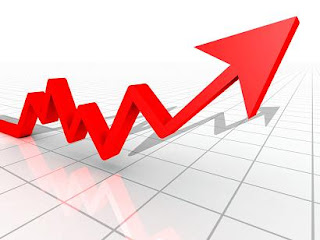 The best things in life happen where an easy flow and minimal effort meet. This allows things to flow uninterrupted. This flow is invariably supported by positive energy. Came across this 4 part formula that Walt Disney used to bring ideas to life. His biggest idea would no doubt have been "Disneyworld".

- He was a very visual person and could see this clearly in minutely accurate detail in his own mind's eye.
- He checked in with his own core beliefs and Values to assess how much they overlapped with the opportunity he was considering.
- He would consider a series of never before tried out audacious moves
- Turn that into a robust plan and bring to life (His brother was essential to make that happen)

People who make things appear like they can be achieved are the ones who say "I have a dream". The people who make it happen say "I have a plan". You need the former group to unify people around a common cause. You then need the doers to ensure the dream becomes a reality-They always produce the plan........!

They say less than 5% of the adult population have a plan with goals written down and mapped out that they believe in and and regularly review........No wonder we're in such trouble, mot of us are busy playing small......! Take a step back and look at what you're doing and how it's all going. What changes would you make if you could...........?? What could you create that does not already exist...?

Take a leaf from Walt Disney's book and start your own internal revolution of Dream, Believe, Dare, Do.

Great post! I'm writing a game which main theme revolves around reconciliating our busy lives with our core beliefs and desires, that somehow always seem to lie abandoned in a dusty cellar while we deal with the "real" problems (or so we're told" like business, corporate life, having a car, being successful. And although I think we really end up desiring to pursue these things, I can't help but think that, if these are not things that are really embeded into our minds as human beings, then there must be someone pulling strings for these things to end up there. Or am I being too much of a conspiracy theorist here? :)
Anyway, I think the reason Disney movies can talk to us of all ages in such a deep level is because they put us in touch again with some of our real core desires, at a metaphorical level.