Last Sunday I was listening to Neil O'Brien a noted sports psychologist on the radio. It was very insightful. Neil has worked with many well known stars and teams. http://www.timetofly.ie/.

He was being asked about what makes the difference between winning and losing. What he had to say was very insightful and through it I learned quite a lot. He made reference to how Olympic athletes set goals and win Gold medals. They 'begin with the end in mind', what will it take to win your event in 4 years time and work back from that setting goals on a daily basis....everyday. I first heard Sir Stephen Redgrave talk about winning gold medals over and over again when I lived in the UK. This principle was pioneered by John Nabor in the 1970's who was a noted (but not exceptionally gifted) backstroke swimmer. He showed that with some 'guile and guts' you can outdo better opponents with relentless but meaningful focus.

He said there were 3 aspects to Performance: 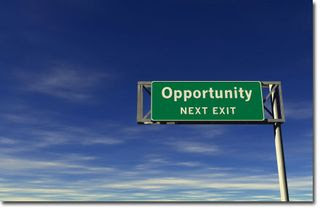 Here's the nugget I picked up................When working with a Team, the ones that succeeded were the ones whose desires (what they wanted) were matched by what they expected. His reference was to a Team who wanted to win a County Football Championship BUT when asked what they expected to happen, they replied, "a good run, maybe a semi-final...." What happened...? You guessed, they didn't win. Paul's own background is in golf. Like tennis an individual sport where mental toughness counts for everything. (Why Tiger Woods and Roger Federer are so far ahead of the rest of the pack)

So what makes the difference between winners and losers........is the MATCHING of EXPECTATION (desired outcome/belief) with WANT (desire).....So to succeed your belief and your desire must be in sync. There should be no doubt. Why I love Coaching so much is, it's really about Positive Psychology= focusing on what you want. It is a superb antidote to much of the conditioning of our past and maybe our present. Too often we are reminded of what we don't want and can't have. The power of the mind is to develop the resilience to push back, re-frame and believe that things can be not alone different but BETTER.........The ultimate winners in life therefore are those who are mentally tougher. I took great heart from these words....Why...? Because I decide and I can BECOME tougher mentally and so I can get BETTER.............So can you. It's still only February. If your dreams for 2010 are not happening you can start all over again and become the winner you want to be.

Would really like to know what you think about this, it's so fundamental..........